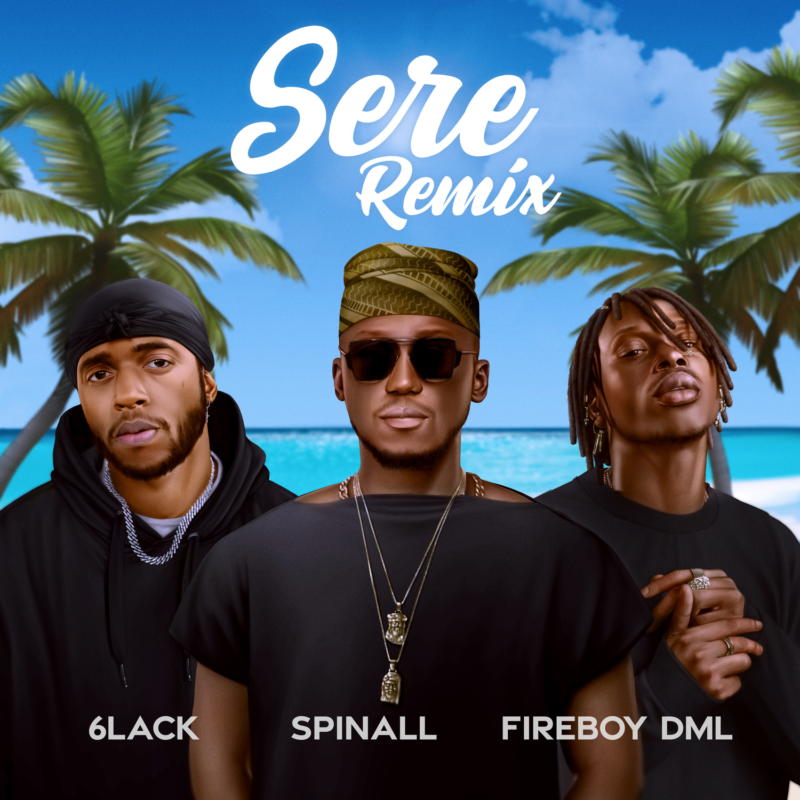 Spinall, Fireboy DML and 6LACK joins forces for “Sere Remix”, produced by Kel P and Spinall.With the original audio of SERE voiced by Fireboy still basking and rocking music charts, DJ Spinall feed fans with a smooth Remix assisted by American artiste, 6LACK. Spinall gave the track a new jolt of energy in the form of a remix.

Spinall is one of Africa’s most recognizable and successful DJs. The DJ, producer and songwriter, is well known for his large catalogue of hit singles, his supreme skills on the decks being the first Nigerian DJ to tour Africa, UK & the United States including performances at Ends, One Africa & The famous Glastonbury Festival and for collaborations with the likes of Wizkid, Burna Boy, Davido, Wande Coal, Tekno, Tiwa Savage, Yemi Alade and more, across four studio albums and a number of singles. Born Sodamola Oluseye Desmond in Lagos, Nigeria. DJ Spinall created a style edge to his outfit known as TheCAP, tracing his roots back to his culture. TheCAP, which fans tags as “TheCrazyAzzParty” has since then been his brand power and identity.

On SERE Remix , 6lack initially adds somber weight to the track, singing in a low-to-the-ground, conversational tone. But the irrepressible beat, co-produced by Kel-P (known especially for his work with Burna Boy), starts to energize the singer, who responds by injecting his lines with a playful, skipping cadence. “I don’t run game,” 6lack sings, “but I’m down to play one.” Then he cedes the floor back to that saxophone and Fireboy DML’s handsome harmonies.

Sere is a perfect record for enjoyment, lituations & living life… Listen and Enjoy!


What do you think about this song?

We want to hear from you all.

RECOMMENDED SONGS FOR YOU 👇

Falz – “One Trouser” (Prod. by Bizzouch)

What do you think about this Video?

RECOMMENDED VIDEO FOR YOU 👇

Go Back To The Top

Looking for something? Search below